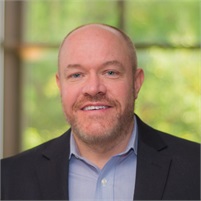 Ben began his financial services career at First Union in 2000 where he traded agency bonds, working with high net worth and middle markets advisors. From there he moved to Bank of America Securities.  He continued to trade retail fixed income while expanding his sales role, focusing on institutional and high net worth clients and advisors on the west coast, with a focus on structured products and preferred shares.

In 2006 he was hired by UVEST Financial Services to expand and develop the role of the fixed income sales and trading team, where he introduced structured products.  After LPL’s acquisition of UVEST, Ben managed the combined fixed income team in Charlotte and San Diego, creating a cohesive sales and trading organization.  He also worked to expand the institutional sales effort focused on financial institutions he began at UVEST, building a team fully dedicated to servicing the trading needs of banks and credit unions across the US.

In 2013 Ben moved to Global Strategic Investments in Miami, the US division of the largest independent broker/dealer in Colombia.  While there he designed and built the US brokerage and advisory units for GSI, with responsibility for recruiting, hiring, and oversight of retail brokerage, advisory, and insurance.  Ben also worked to build an institutional trading team in New York and Miami dedicated to the sales and trading of US dollar denominated securities.

Ben grew up in Georgia.  He attended Hampden-Sydney College in Virginia where he majored in comparative religions and French, with a concentration in economics.  After college, he spent a semester at the National Outdoor Leadership School in Wyoming, before working for the Forest Service as a wilderness back country ranger in the Rocky Mountains.  Between college and graduate school, he also spent several years as a youth pastor.  He studied for a master’s degree at Princeton Theological Seminary where he pursued interdisciplinary studies in religion and society through the seminary and Princeton University.  Ben’s interests include health and nutrition, rugby, a wide range of outdoor pursuits, and travel. Ben has lived in a dozen states and visited eighteen countries.

Back to our team page…

REACH OUT TO US